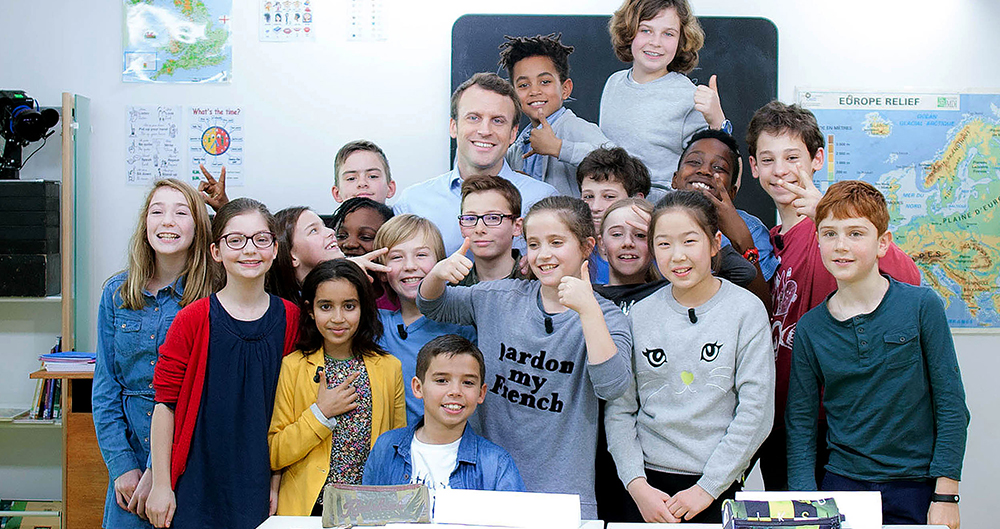 FACING THE CLASSROOM, the refreshing political / factual entertainment format has received the Award for 2018’s “Best French Format Export”, at a ceremony organized by TV France International and La Fabrique des Formats which was wrapping up this year’s MIP FORMAT.

At this occasion, Vivendi Entertainment revealed new deals as POLSAT will adapt the format for its channels TV4 & TV6 in Poland for a broadcast scheduled for this fall. In the Middle-East, MBC will also adapt the show in 2019 (prod: IPROD).

In the UK, RDF (the Banijay company behind “The Secret Life of 4, 5 and 6 Year Olds” for Channel 4) entered an exclusive option agreement with Vivendi Entertainment.

Vivendi Entertainment is also working on adaptations in 2 Latin American countries with a global OTT platform, in Spain where Unicorn has an option and in Canada with a network.

In France, and after massive ratings in Spring 2017 (+214% on 15-34 and +170% on Women < 50 vs. slot average) with the presidential candidates (including Emmanuel Macron), C8 has already commissioned 7 additional primetimes, extending the scope of the format outside election time, as A-List celebrities are mixed among political figures.

Matthieu Porte says: “We are very proud to be winning this Award for the second time (after “Guess My Age in 2017) and look forward to these 2 new adaptation! We also can’t wait to know the result of RDF’s development in the UK and are convinced this format will also be on air in the US soon as it would be amazing to see both the Primary and Presidential candidates interviewed by American kids”.